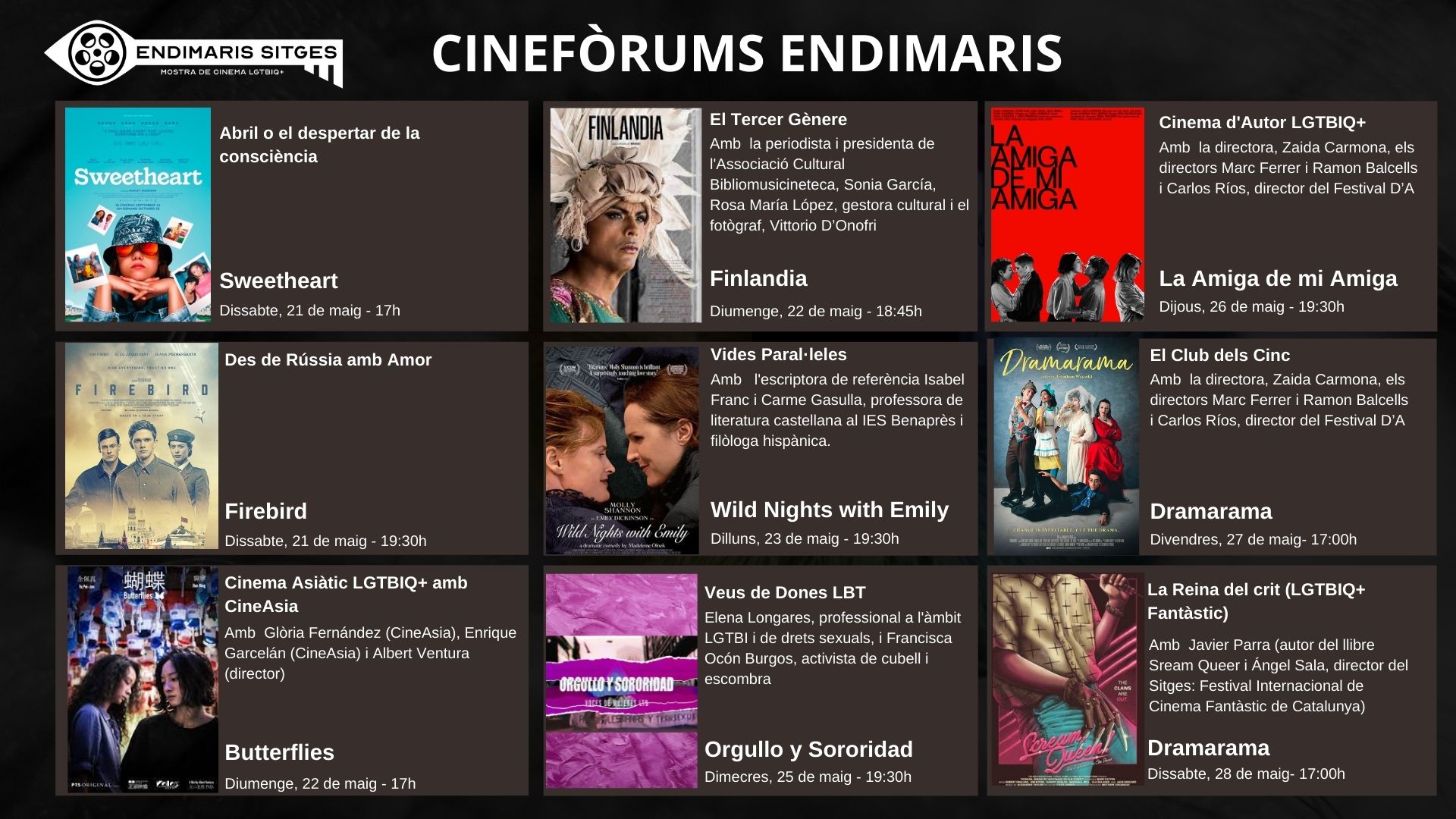 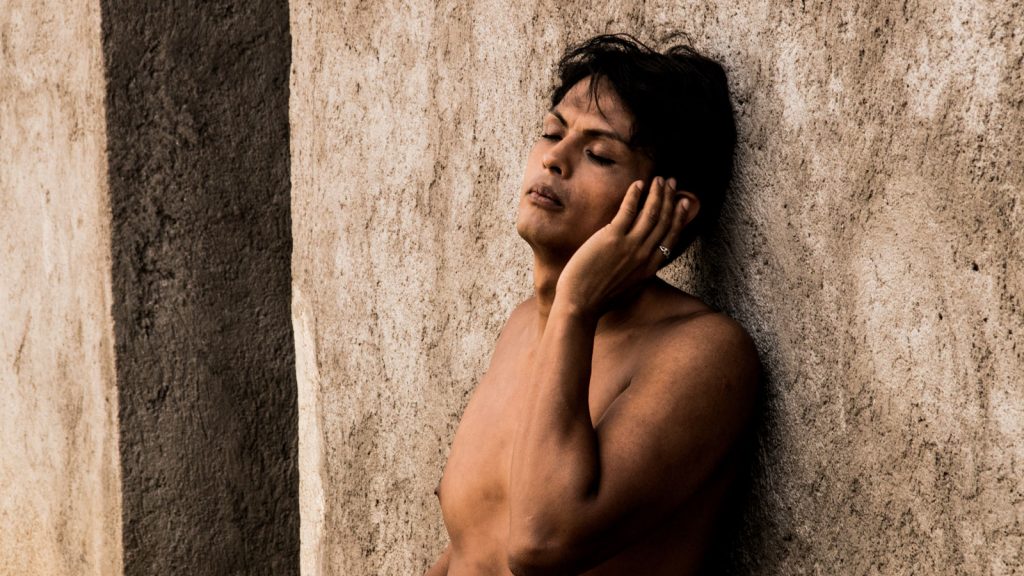 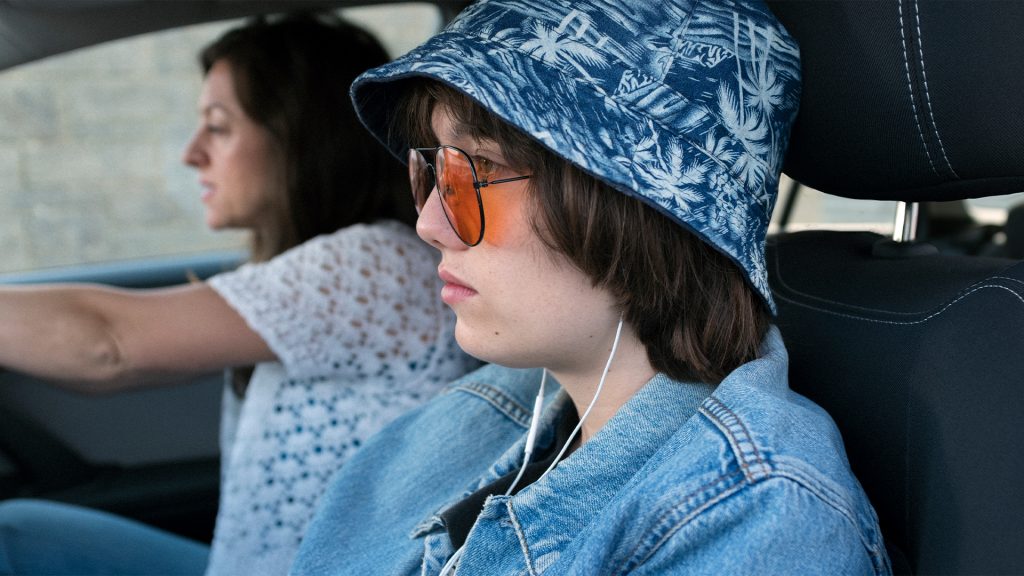 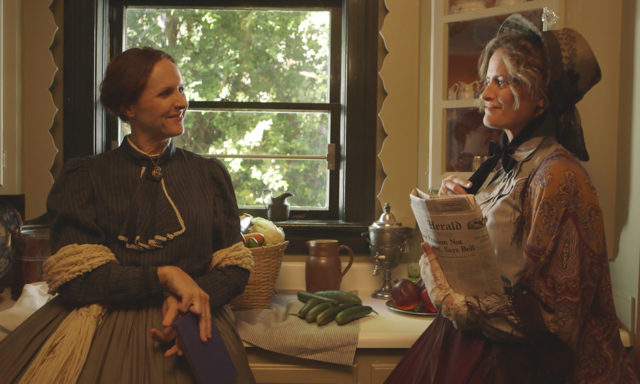 One of the main objectives of the Endimaris Sitges Film Festival is to create debate through the issues raised in the films shown. This is the reason, we continue with the Cineforum Endimaris space, where we will bring experts in the field who will be able to interact with the attending audience, giving a plus of interest to the screened films.

We have given each Endimaris cineforum a conceptual title that summarizes or frames the theme proposed by the films.

From here we want to express our gratitude to the professionals and experts who will participate in the colloquiums.

The main character of Sweetheart is called April and she is like spring: cold and hot, days in which the sun overflows through curtains of rain… And blood on the skin. April or the awakening of consciousness is the title of the film forum in which we will talk about adolescence as that stage of searching for identity and the need for self-affirmation. We have baptized the film Firebird colloquium From Russia with love, we will have the presence of a representative of ACATHI, an association whose mission is to create opportunities for LGBTIQ+ people migrants and refugees.

After the screening of Butterflies, we will have the participation of Enrique Garcelán and Glòria Fernández from Cineasia, and the director of the medium-length film, Albert Ventura, via zoom.

The film Finlandia shows us the community of Les Muxes in Oaxaca (Mexico), people who are neither men nor women, which is why we have titled the film forum The Third Gender. To talk about it, the journalist and president of the Associació Cultural Bibliomusicineteca, Sonia García, Rosa María López, cultural manager and the photographer, Vittorio D’Onofri (via zoom) will participate.

The Parallel Lives cineforum will follow the film Wild Nights with Emily, the story of the romance that the poet Emily Dickinson had with her sister-in-law for years. We will have the reference writer Isabel Franc and Carme Gasulla, professor of Spanish literature at IES Benaprès and Hispanic philologist.

Elena Longares, a professional in the LGTBI and sexual rights field, , and Francisca Ocón Burgos, a bucket and broom activist, will participate in The Voices of LBT Women film forum, after the screening of the documentary Orgullo y Sororidad.

The director, Zaida Carmona, the directors Marc Ferrer and Ramon Balcells and Carlos Ríos, director of the Festival D’A, will participate in a cineforum after the screening of La Amiga de mi Amiga.

We have entitled the cineforum that follows the film Dramarama, The Breakfast Club because it is destined to become a generational milestone, as was the John Hughes film, which forever changed the youth comedy subgenre.

After the screening of Scream Queen. My nightmare on Elm Street we will be able to speak with the critic and writer Javier Parra and the director of the Sitges Film Festival, Àngel Sala.